It’s the end of another dance season and unlike last year, I’m not sad. I basically wanted to get through the month between recital and nationals and move on. I think Rosie was pretty much over it too. It was a difficult year both emotionally and physically. Time to move on.

While tough, it was a successful year. I think most parents equate dance success with trophies and winning. For us, it was about keeping her spot on a team and dancing her personal best on stage despite the fact that she was seriously ill. We started off in September missing most of our choreography but she pushed through to learn all six of her numbers. While she couldn’t make it to many dance classes during the week, she went to weekend rehearsals whether she felt well or not.

Many Sundays  she had a migraine. Others extreme nausea and dizziness. Sometimes she’d walk out of rehearsal looking (and feeling) like she was going to pass out. And, then in December she was thrown another curve ball- she started to spit up blood.

At the start of 2015, I wasn’t sure if she’d make it on stage and our studio wasn’t either but they wanted to give her the chance. Given the physical challenges she was facing, we came up with a game plan in case she was unable to dance- all of her routines were choreographed with her in them and re-blocked without her. That way the show would go on no matter what. Then we kept our fingers crossed.

I got the first glimpse of how tough my kid is at our parent show in February. She didn’t look good. In fact, we were getting ready to take a trip to Mayo the next week so she was nervous as hell. In between numbers, she grabbed me, ran to the bathroom and threw up blood. I gave her the chance to sit it out and go home and she fought me. She went on stage right after and made it through a difficult jazz number. I was amazed.

When Rosie was diagnosed with POTS at the Mayo Clinic, the doctors were absolutely floored that she was dancing at all (we also heard that from two doctors here in Kansas City). Most of the patients that they see with POTS as severe as my teen, are on oxygen or in wheelchairs. While Rosie felt terrible, she was able to dance enough to make it through her numbers where most kids would be bedridden. They were having a conversation with her about getting 20 minutes of exercise a day like deep knee bends and she was trying to figure out how to get through pointe class. She’s a trooper.

Our entire dance season was much of the same. She’d come off stage and feel like she’d pass out (and once at Talent on Parade, she almost did). We’d give her the option to sit out but she’d adamantly refuse. And, each time, she’d go back on stage, with a big smile on her face and look like absolutely nothing was wrong. Like she was the picture of health. Yet, here was this chronically ill kid who had to run to the bathroom and vomit blood in between numbers.

While most of our team understood she was sick, there were those that just didn’t get it because she’d look good and make it up on stage. We both had to deal with some negative chatter and sometimes odd looks. People don’t understand invisible illness and many don’t want to. We tried to surround ourselves with friends that tried to understand and we were blessed to have many of our dance friends support us through a tough year.

We were also blessed to have a good friend that’s a photographer that wanted to do something special for Rosie to make her feel good about herself. So, she put together a dream photo shoot and took a couple of hours of pictures. They were gorgeous and made Rosie feel like a million bucks. We decided to submit them at a couple of dance competitions for most photogenic and she won two regional awards.

This past week, we finished off the year at Talent on Parade Nationals. Once again, we had one of those “can she make it back on stage” moments when she came off, almost passed out and then ran to the bathroom to vomit blood. I gave her the chance to sit out and of course she turned me down. Twenty minutes later she was back on the stage doing what she does best. I was so proud.

While dance for us isn’t about winning, I can’t deny that it’s not exciting when you do. Rosie won the Teen Most Photogenic Title and all her dances had a Top 10 finish. Her favorite one, Good Enough, finished in the top spot. There was so much joy on her face, it was priceless.

So, we say goodbye to another dance season. While Rosie still doesn’t feel well, she’s much better than she was six months ago so that’s encouraging. She’s learned how to deal with some of the symptoms that she has on a daily basis and she also is well-aware when she needs to sit down and rest. She’s made progress. However, it’s the growth she’s had as a person that pleases me the most.

Yes, she danced all year for herself but she did it for another reason- she’s part of a team and she didn’t want to let anyone down. There were times that she put others ahead of herself. That’s a lesson that’s so important for kids to learn and one that she’ll take with her the rest of her life. 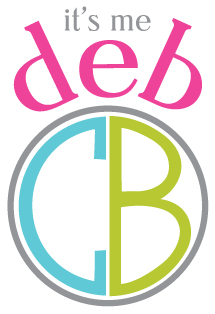 Never miss a story, recipe, craft or awesome deal! Sign up today and we'll send you THREE Bonus recipes!
Your information will *never* be shared or sold to a 3rd party.
Loading Comments...