I hate Passover. As a holiday, it’s not so bad. It’s nice to have a Seder with friends and family and it’s quite humbling to remember that we were once slaves in Egypt.

What sucks, is the week that follows. When I’m held captive to leavening and can’t seem to find anything to eat other than chicken or salad. There’s no bread, crackers or noodles for a whole week. And, if you really take it seriously, no peas, beans or wine either.

To me, the holiday is a religious-form of torture. I try every year to be a good Jew and keep Passover. This year, I thought I’d make my life easier and buy more of the “ready for Passover” foods at the store. Then I wouldn’t miss all the foods I’m forbidden from eating, right? 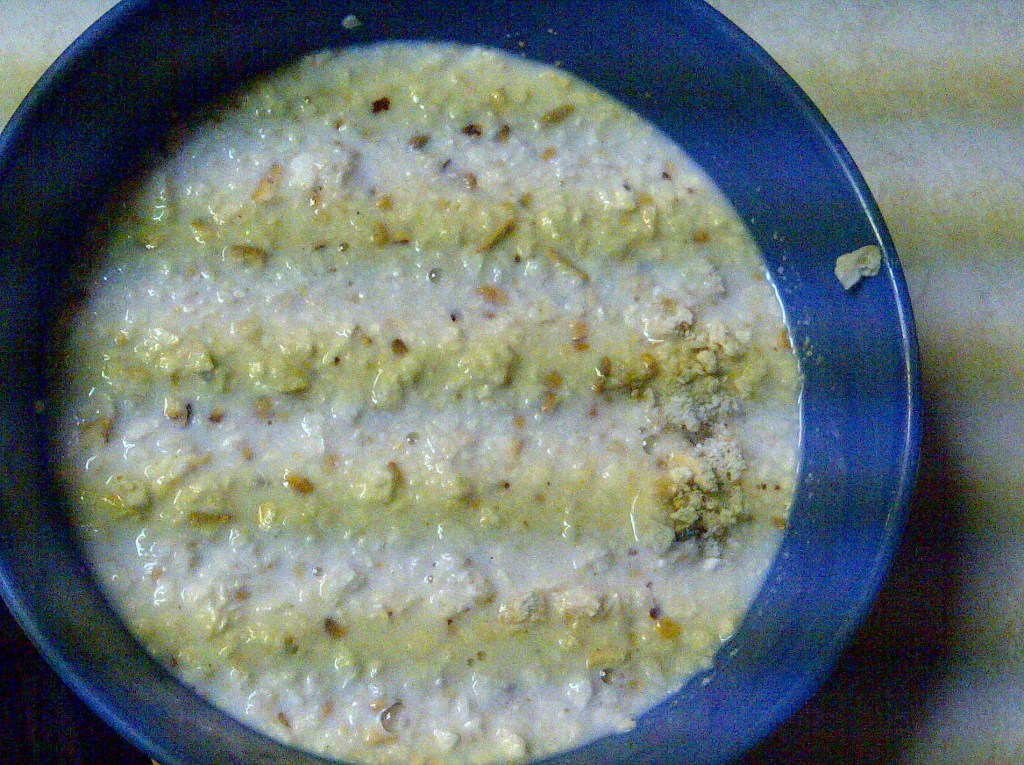 This slop was actually cereal. Looked totally different on the box.

See that slop that looks like over-watery oatmeal (which I can’t have either, BTW)? That was advertised as cereal. The picture on the box looked like delicious flakes, floating in refreshingly cool milk with berries on the side. However, once the milk hit the “cereal,” it decimated into small, paste-like glops of goo which I did not eat. Who in their right mind would?

I also bought Passover noodles. They looked like broken shards of what could have been noodles with enough marinara, but they looked kind of transparent and tasteless. After the cereal, I decided to just pass. Same thing with the carrot cake. Strange taste and consistency. No thank you.

Matzah is not meant to be made into anything other than itself. If you’ve grown up Jewish, you find it quite tasty. But, to be truthful, it’s flat and bland and there’s not a lot you can do with it other than eat it and suffer. But, I think that’s the point.

Passover is a time to remember all that came before us and their plight. They only had matzah to eat, there was no time for bread to rise. And, since they were fleeing from Egypt, I suspect that they just ate matzah the way it was. They didn’t try to make it into noodles, or pancakes or cereal. Pretty smart.

Never miss a story, recipe, craft or awesome deal! Sign up today and we'll send you THREE Bonus recipes!
Your information will *never* be shared or sold to a 3rd party.
We use cookies to ensure that we give you the best experience on our website. If you continue to use this site we will assume that you are happy with it.Ok